Love Note #42: A pandemic drove Amy Fried to Laurel Hill, but you should just go because it’s beautiful

I am: A psychologist currently working for the School District of Philadelphia, wife, and mother of three incredible children. I have a great appreciation for the history, culture, diversity and natural beauty that can be found in Philadelphia.
Years in Philly: about 2 1/2 years
Current Home: Cheltenham, two blocks from the city line. 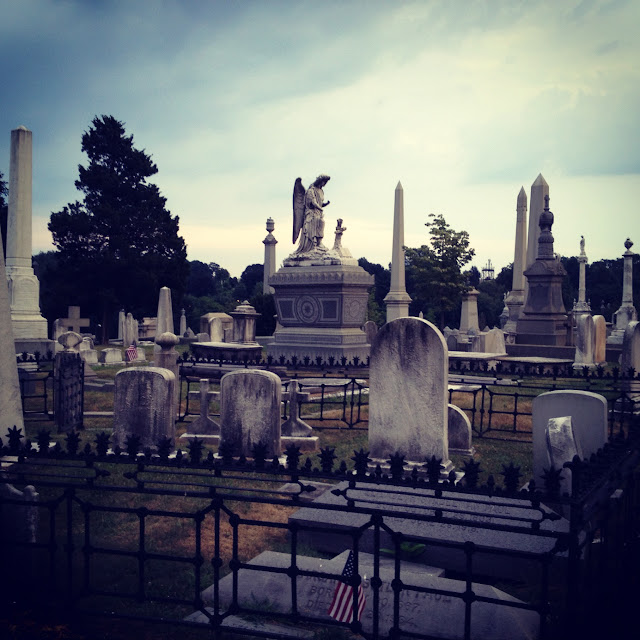 My love note: I first discovered Laurel Hill cemetery when my younger son contracted swine flu. We were stuck inside for days, and, as his symptoms were very mild, were going stir crazy because we could not venture out while he was “contagious.” So on a beautiful day, my son and I decided to wander around the grounds where we were pretty sure the resident population would not be concerned about infection.

The cemetery is situated on a hill overlooking the Schuylkill River—visible if you are driving, biking or walking on Kelly Drive near the East Falls Bridge. The famous and infamous are interred here (e.g., Civil War general George Meade, Harry Kalas, Thomas Dolan and David Lane). There are guided tours and a free cell phone tour, but I prefer to wander and wonder at the Victorian-era art and architecture, and read the occasional 18th or 19th century gravestone and imagine what the dearly departed’s life was like. I also like to spook myself by peeking into the mausoleums that are built into the hillside and almost always in shadow. Every view is worth a photograph, often with the Schuylkill River or the skyline of Philadelphia in relief. The cemetery is, I believe, at its most beautiful and tranquil at sunset. So take a tour or wander, and don’t wait until the next potential pandemic to visit! 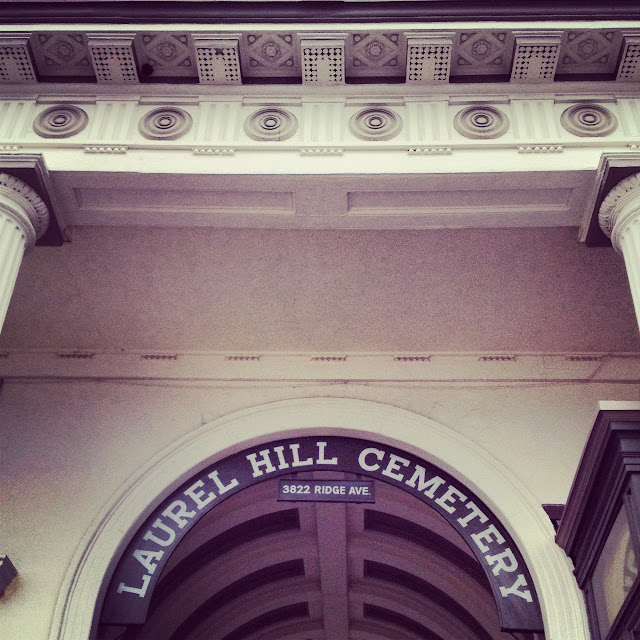 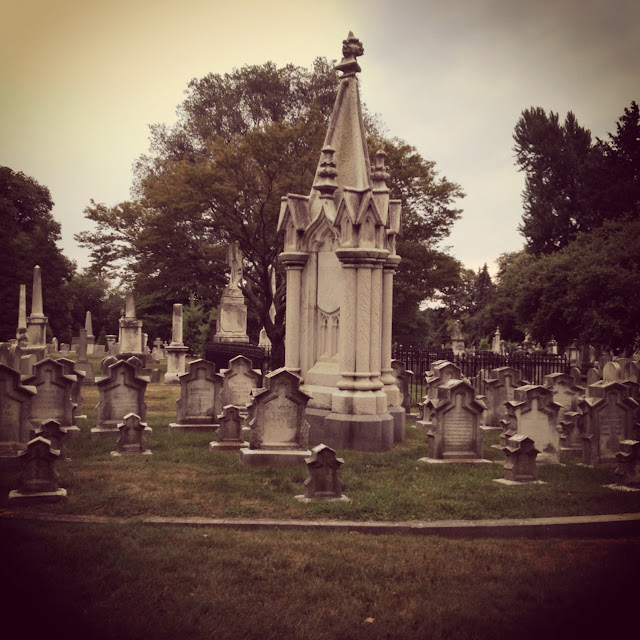 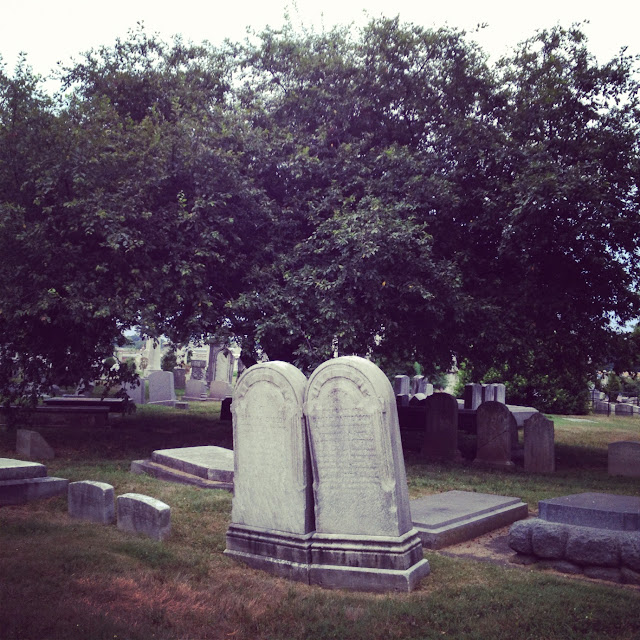 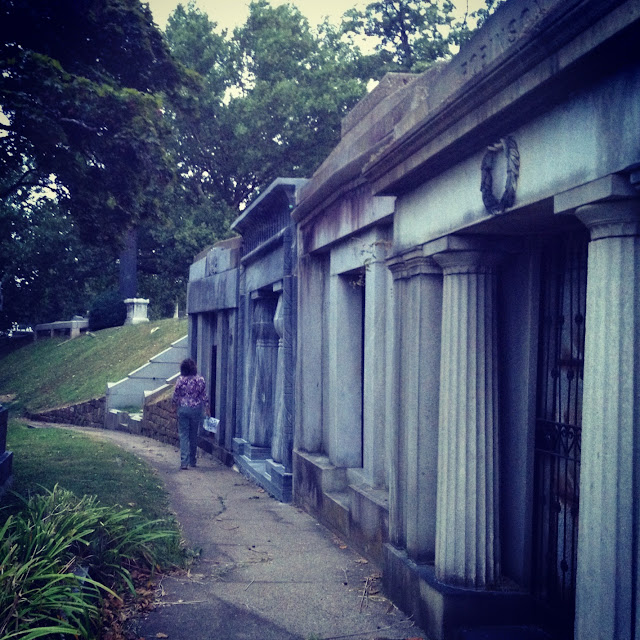 Posted on August 9, 2012 by Emma Fried-Cassorla in East Falls/Roxborough Leave a comment