Love Note #79: A beautiful piece by Chris Bartlett about The Church of St Luke and The Epiphany, a congregation of The Episcopal Church

Chris Bartlett
Favorite Spot: The Church of St Luke and The Epiphany, a congregation of The Episcopal Church
Neighborhood: Washington West 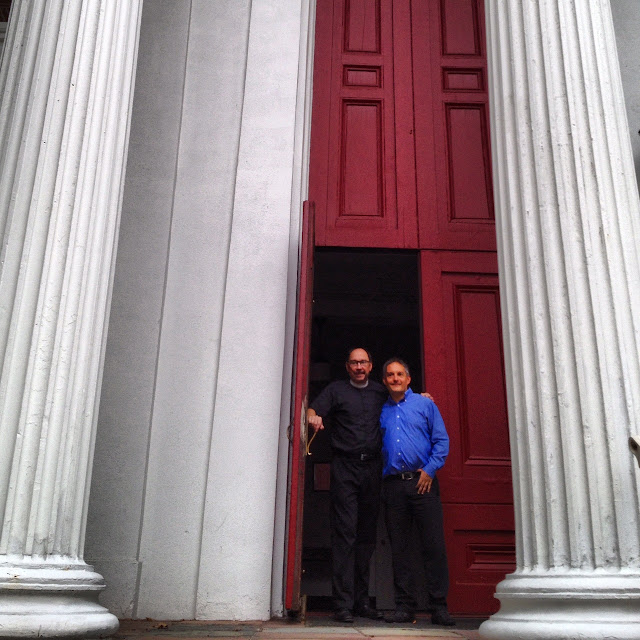 My love note: Since I consider myself more spiritual than religious, it is perhaps strange that I chose a church as the recipient of my love note. But the Episcopal Church of St. Luke and the Epiphany is a special place to me and many others who lived through the worst years of the AIDS epidemic in Philadelphia. This church is a haven, a sanctuary, and a place for restorations and occasional epiphanies. Hundreds of activists have been energized and inspired within its walls, and hundreds of men and women who died of AIDS were eulogized and given a proper funeral within its lofty sanctuary.

I fell in love with St. Luke and The Epiphany when I attended my first ACT UP Philadelphia meeting in 1990. ACT UP, the AIDS Coalition to Unleash Power, is an activist group that has fought to bring an end to the AIDS crisis since 1987. ACT UP has met in the basement of this church at 330 S. 13th Street each Monday for almost the organization’s entire history, and to return to that space brings back the ghosts and memories of those weekly meetings and a very satisfying feeling of having been woven into the fabric of an activist community that taught me how to make a difference.

Until recently, I thought that the name of the church must refer to an epiphany that had struck Saint Luke, who is, by the way, the patron saint of artists, physicians, surgeons, students, and butchers. In fact, The Church of St. Luke & The Epiphany is the merger of two formerly independent Episcopal churches: St. Luke’s has since 1839 been located at its current site on 13th between Spruce and Pine, and merged in 1898 with The Church of The Epiphany, which used to have a grand church at the northwest corner of 15th and Chestnut. The inspiring sanctuary entrance sits upon a pedestal of granite, but we activists entered the church through the “Furness Addition”, the southernmost part of the church designed by my favorite architect, Frank Heyling Furness. Entering there, we descend via a grand marble stairway into a meeting space and kitchen, where we sit in concentric semicircles to plan strategies to reduce the price of AIDS drugs, bring condoms into the schools, improve the situation for prisoners living with AIDS, and help our friends who were living with AIDS get the latest information so that they can survive. Some of us did survive.

The Episcopal Church of Saint Luke & The Epiphany welcomed ACT UP in the late 1980s because the Rector, Rodger C. Broadley is a gay man who himself was to lose dozens of friends and parishioners during the AIDS epidemic. He arrived as an assistant priest in 1980 and served alone from the end of 1982, a year after AIDS came on the scene. He became the Rector in early 1984 and wanted St. Luke & The Epiphany to take leadership in supporting its local community, which was deeply impacted by these AIDS deaths. During the worst plague years of AIDS, Reverend Broadley sometimes had to preside over two funerals each weekend. St. Luke & The Epiphany conducted funerals for anyone

My favorite spot in the church is the lovely Chapel on the second floor of the Furness Addition. Frank Furness loved details like mini-pillars, blue painted stars, and leaded glass windows. This is a great place to come and sit in peace. And I should also mention the little garden as you enter the church at the main gate. I like to go there to sit and listen to the birds. Somehow the acoustics of the courtyard make this a great place to hear birdsong without being distracted by the street.

The Church of St. Luke & The Epiphany, perhaps more than any other building I have known well, symbolizes how a successful church (or really any successful building) embodies the community that it shelters and nurtures. The marble bones of this old church vibrate with the energies of so many who have been committed to strengthening the lovely neighborhood and communities in its vicinity. Next time you walk down 13th Street past its Corinthian columns, see if you can feel that energy. 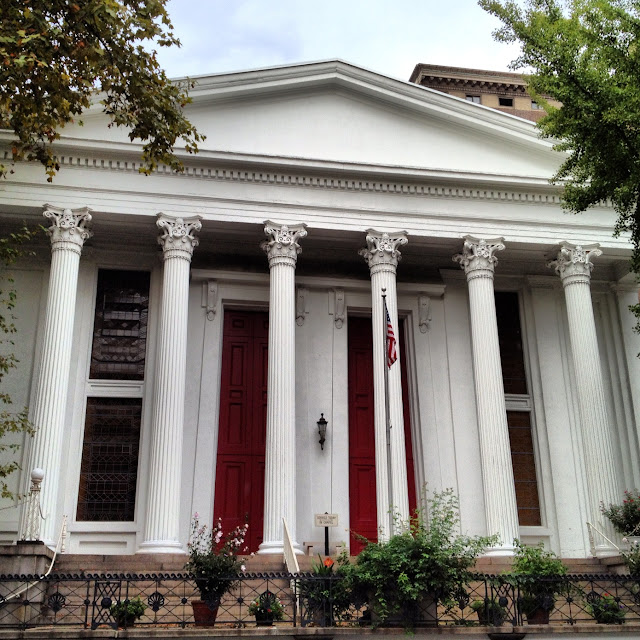 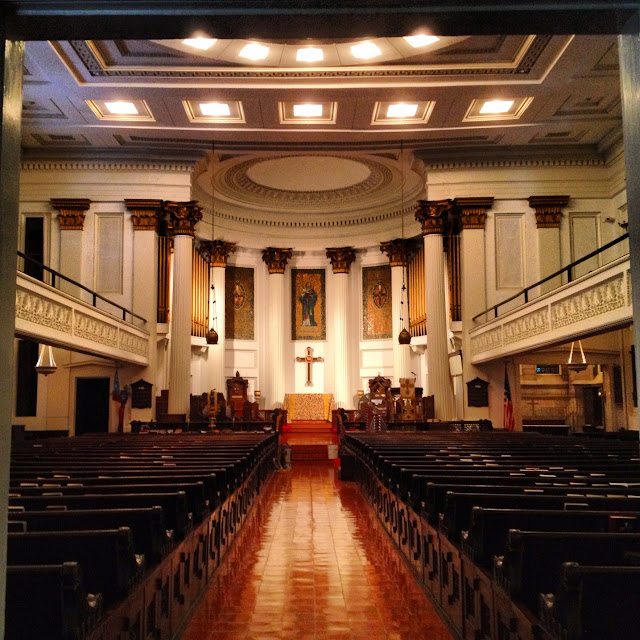 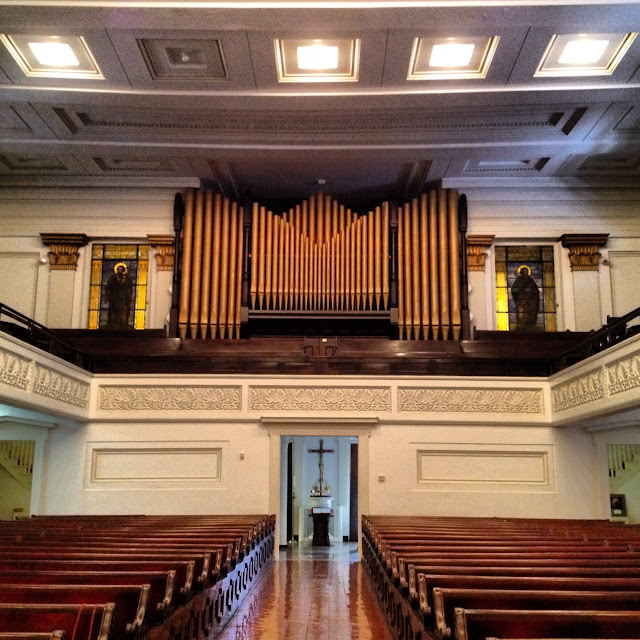 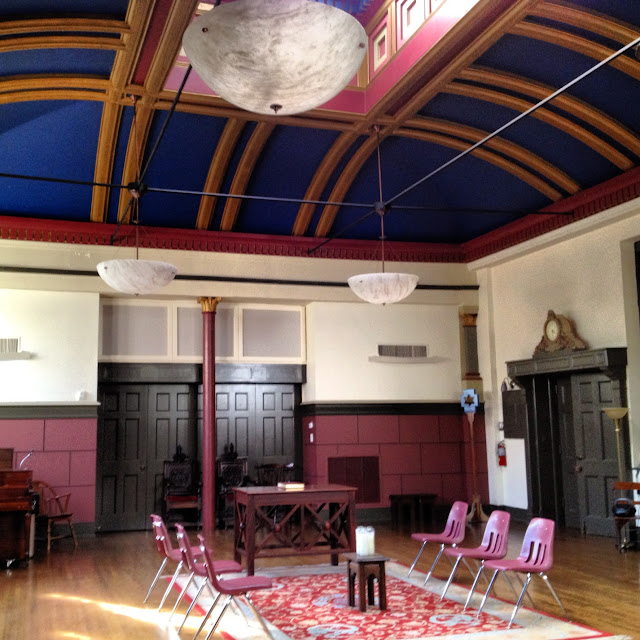 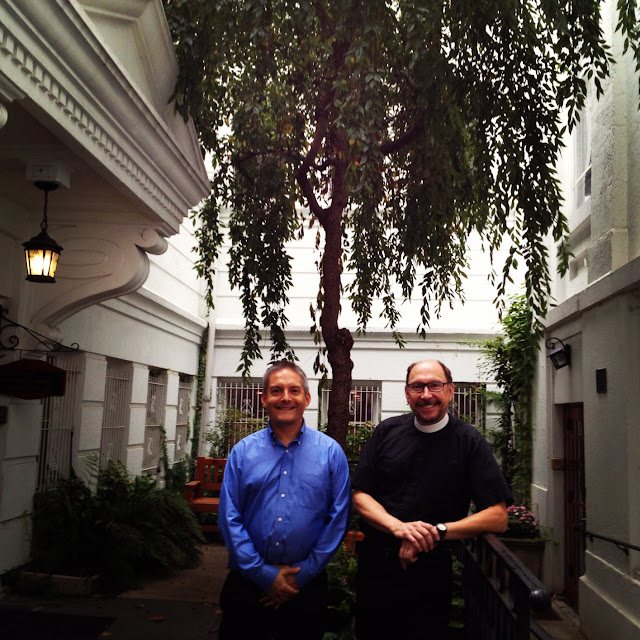 3 Responses to Love Note #79: A beautiful piece by Chris Bartlett about The Church of St Luke and The Epiphany, a congregation of The Episcopal Church