Love Note #48: This goes way beyond a love note. Andrew Thompson on Farm 51

I am: someone who wants nothing more than to play with a chimpanzee and go to space. Therefore, I go to law school.
Years in Philly: 8
Current Home: Northern Liberties 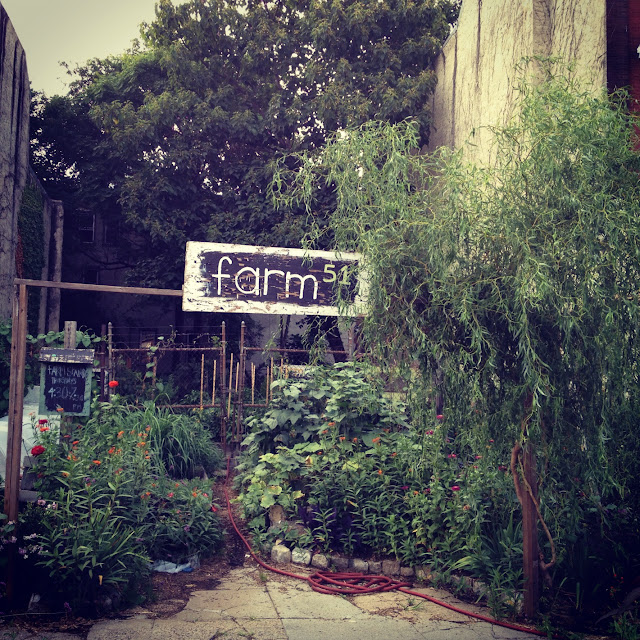 This land is not dirty; it is the anti-clean. The two lots that comprise Farm 51 have, in character, taken over the house itself, and the inside and outside worlds become nearly indistinguishable. Animals roam between the two with relative flexibility, the dogs pushing the backdoor in and out, the cats slinking through the open slit of the side window. The stench of compost differs only in degree. The half-finished chicken coop is only slightly more inchoate than the living room. Spend enough time here and you give up ambitions for primness, only hoping that your coworkers won’t notice the few hundred strands of dog hair that pepper your every outfit and that the frangrance you apply is more potent than that emitted by two dozen chickens and their feces that has attached itself to the clothes that once looked so slick when you saw them on the rack.

The couple who runs the farm, Neal Santos and Andrew Olsen, are not neo-hippies, not subversive, not Michael Pollan acolytes who sow their kale to the tune of the Food System Blues. (In fact, they’re more likely to eat a Purdue chicken breast than organic/local fare). In fact, I don’t know why they do it. I have, with increasing frequency, taken on the role of understudy at the farm and assumed the duty of making sure things don’t die when the owners go away. And although I have never asked either one why they’ve chosen to animate the vacant land next to their groundfloor apartment (and now also officially adjacent to the home they just purchased on the other side of the farm), I do know that in it they don’t see social change, or maudlin sentiment for the plight of southwest Philadelphia, or Walden-esque romance. The more time I spend here, the less attention I pay to the wonderful verdancy that drew me in and more to the ever growing pains in my ass that all the forms of life here produce, cursing every one. Damn the rabbits for escaping their hutch and eating my lettuce and being too nimble to get them back in. Damn the bugs for eating the lettuce before the rabbits. Damn the cat, one of however-the-hell-many here, for thanking the homeowners for their shelter by shedding her fur on the kitchen counter and begging for my affection despite its disgusting belly so full of worms that it sags. Damn the chicken for getting out again. Damn the composting vegetables for infecting half the landscape with the putrid odor of their decay. Damn the dog for its incontinence, and damn the other dog for its late-night neediness. I’m not being cheeky. This place pisses me off.

Such gripes, though, come naturally with cultivated land, which encapsulates the most fundamental themes of property and civilization. The tenet undergirding most of our philosophy on land use is that the best use of land is the use of land, that to turn fallow dirt into a source of edibility and other human products is to potentiate a space (forests and preserves notwithstanding). The Google street view of Farm 51 is still a chained-up lot so overgrown that weeds and trees shield the sun from the ground and create a literal darkness that give the sense that it goes on for miles. The weeds were uprooted, the trees pruned, and the land was slowly, industriously occupied by lettuce, tomatoes, chickens, those damn cats, a fire pit, coops, and people. There was no title handed over–half the land is owned by the city, the other half by a title-holder who could be apathetic just as well as dead. Pennsylvania’s adverse possession laws dictate that this land be used as it is for 21 years before the users actually gain title, a staggeringly long amount of time (many states require only 10 years). That there are two people ready to transform unused (and very likely forgotten) land into plots of production is a striking manifestation of a human impulse not for ownership, but for use.

And what uses they are. The farm is a minor museum of our primitive brilliance and the period when we were just beginning to understand our god-like ability to manipulate the Earth to our desires. No modern technology can overshadow the genius of animal husbandry or horticulture, no glass skyscraper negates the purposeful elegance of a chicken coop. (You put the chickens inside so they don’t get away–brilliant!) Here, we remember the evolutionary junction when we became different from the rest. But it is not so far into our timeline of development that we had found ways of creating a false sense of worth. A head of lettuce here is as valuable as the nutrition it provides, a chicken only for how many eggs it lays. Value is inherent, not shuffled and obscured and inflated through the trickery of our wonderfully large brains. Farm 51 does not sign futures contracts for its tomatoes–it simply grows tomatoes. It is an exercise in making sure that, without the dizzying structures we now depend on–the high-frequency stock trading that with a glitch can bring us to our knees, the panorama of screens occupying our every view, our increasingly precarious political system–we can still make life from dirt. 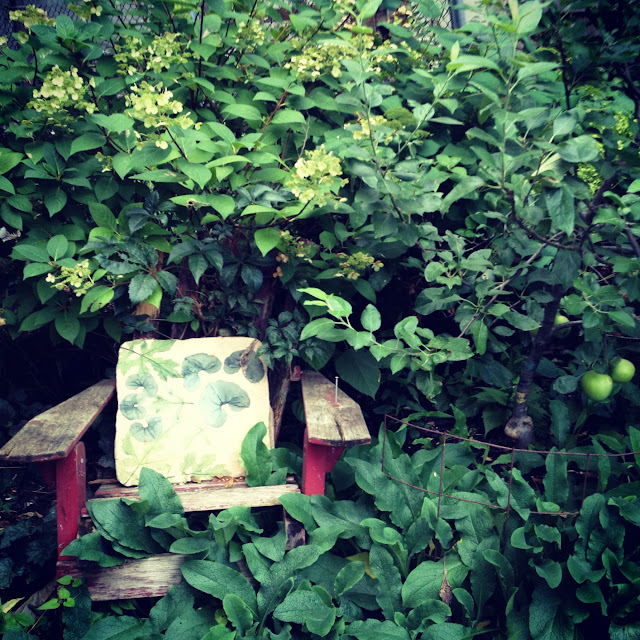 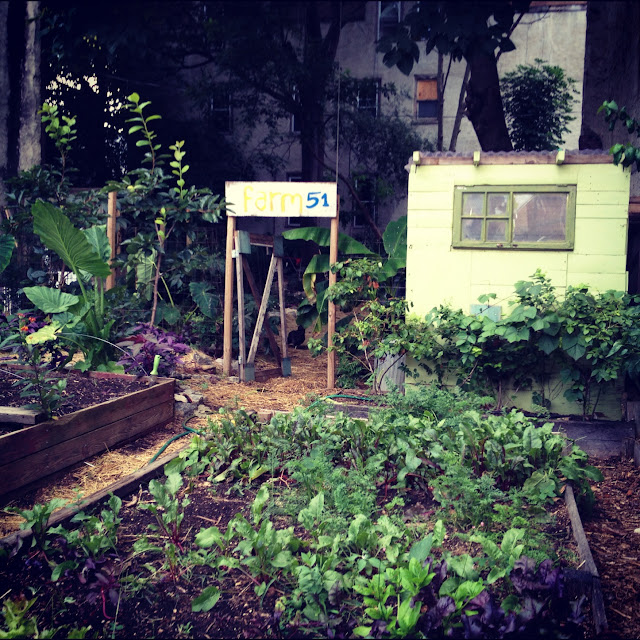 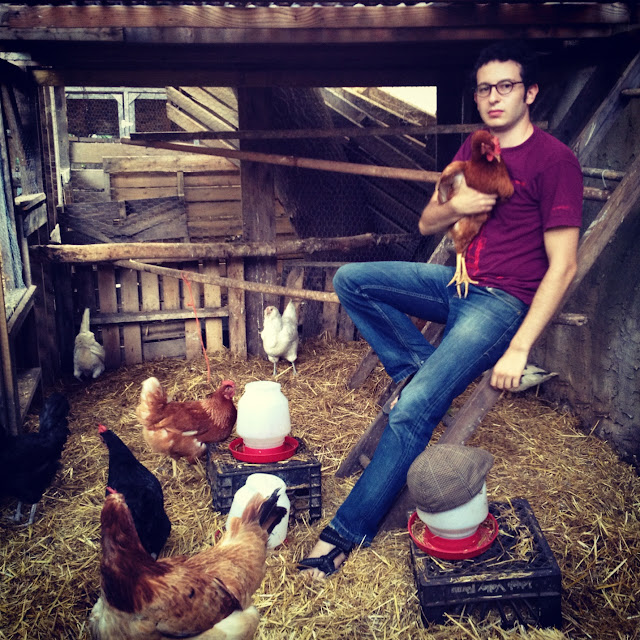 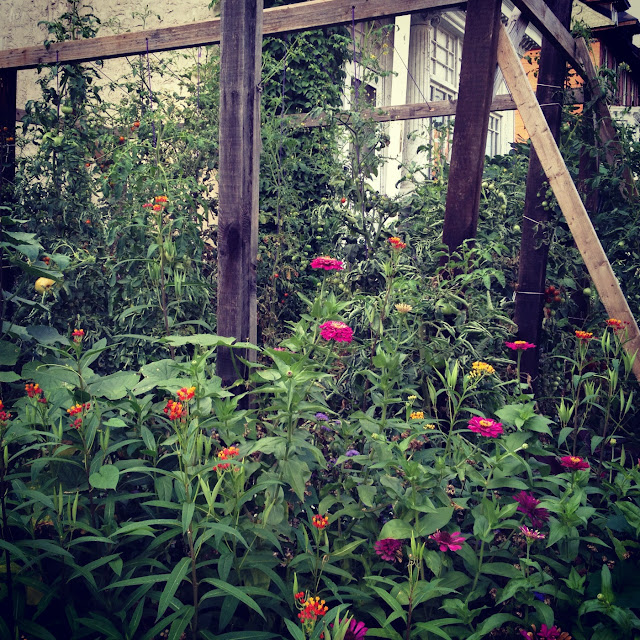 2 Responses to Love Note #48: This goes way beyond a love note. Andrew Thompson on Farm 51